Music, summer, and fun go together, which is why we’ve curated a list of some of the quirkiest and coolest music festivals around the world.

It’s getting hot up here in the Northern Hemisphere. With summer fully upon us, people are soaking up the sunshine, showing some skin, and planning adventures near and far, including trips to the sweatiest of summer traditions: music festivals.

Before you bust out your flower headdress and head to Lollapalooza, check out what else the world has to offer. Here are 10 music festivals across the globe that can offer a unique—and potentially more meaningful—travel experience.

Billed under the slogan “Our Music, Our Festival,” Jamaica’s biggestfestival is held every year in Montego Bay, kicking off with an annual beach party and an all-white dress code party followed by days of music from some of the biggest acts in the homeland of reggae.

Held in the Russian countryside, six hours east of Moscow by car, Alfa Future People is more than a massive EDM (electronic dance music) festival, with exhibitions on the latest in technology and athletic opportunities like a volleyball tournament and aerial gymnastics classes.

This event held every year at Japan’s Naeba Ski Resort might be the musicfestival surrounded by the most stunning natural beauty of any in the world. Hikes between stages will lead you through green cathedral forests and cool mountain streams. Or you can hitch a ride on the Dragondola—the longest gondola on Earth.

It may be winter in Byron Bay, Australia, but it is still summertime in the Northern Hemisphere! Besides, winter in Byron Bay is like winter in Hawaii, so you don’t need to leave behind your flip-flops and board shorts. Splendour in the Grass includes great live music plus additional draws like the Global Village, talks from thought leaders on science, politics, and more, and the Splendour Comedy Club.

This four-day festival with a focus on art, music, and openheartedness takes place on the stunning beaches of French Basque country in the city of Saint-Jean-de-Luz. Baleapop organizers seek to foster connections between people through musical performances and contemporary art installations, while keeping the event affordable, environmentally friendly, and open to all.

A brand-new festival this year, In the Mix offers the chance to experience one of the most underappreciated cities in Southeast Asia: Manila. The Philippines’ capital is widely, and rightly, known for being crowded, polluted, and hectic but there’s a rich history and culture hiding in plain sight if you know what to look for, plus some one of the warmest, most fun-loving people you’re likely to ever meet.

Lineup highlights: The 1975, Panic! at the Disco, James Bay

If you really want to get off the beaten path, check out this all-night bluesfestival in tiny Rentiesville, one of Oklahoma’s few surviving historically all-black towns. Night owls dig the blues from 5 p.m. to 5 a.m. for three days straight.

Held annually on the beautiful and bucolic Isle of Wight in the south of England, this midsize gathering of around 50,000 is widely considered among the best festivals in Britain. Bestival is known for its eccentric, alternative feel (jump in the world’s biggest bouncy castle!) and commitment to environmental issues.

K-Pop is hardly outside the mainstream but this festival is still unlike any other. After surviving preliminary rounds in countries around the world, finalists and fans gather in Changwon, South Korea, for high-energy, upbeat performances and to select the next K-Pop stars.

This arts and music festival held annually on the shores of Lake Malawi in southern Africa promises a truly unique experience. Lake of Stars brings together Malawian artists with creatives from around the world for a weekend of music, dancing, and positive vibes that infuses $1.5 million into the local economy. 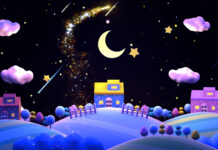 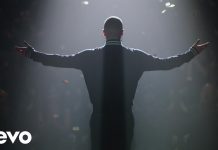