How many were power couples torn apart by paparazzi catching some of the most famous people in the world enjoying a steamy night out with someone other than their legitimate partner?

Let’s have a look at the biggest scandals in recent years.

Hollywood heartthrob Hugh Grant is no stranger to scandals, and you could write volumes about his love life. However, his relationship with Elizabeth Hurley seemed like the perfect match.

Yes, that was 25 years ago when millions of female fans worldwide secretly sighed over his pictures. In 1995, Hugh Grant was arrested in the company of a sex-worker in his car.

Hurley did not dump him straight away to her credit, but the public humiliation put a terrible strain on their relationship.

One of the sexiest actors of his generation, Jude Law, has led a complicated life. Between dating co-stars and supermodels, Jude Law found the time to engage in an oh-so-classical affair with his children’s nanny, Daisy Wright.

In 2004, Law was committed to Sienna Miller, and the nanny’s revelations came as a real shock. The actor issued a public apology to Miller, and the couple managed to put Law’s indiscretion behind. They never married, however, and eventually broke up in 2011.

It seemed like the golden match when Miley Cyrus married Liam Hemsworth in 2018; after all, they’d been an on-and-off item for the past six years.

Well, it only lasted nine months, and although when they separated, they cited ‘irreconcilable differences’ it was common knowledge that Hemsworth had been photographed getting rather intimate with actress Eliza Gonzales.

Not to mention the fact that he’d been sexting January Jones. On the other hand, you can’t blame him, given Miley’s raunchy public performances.

Will Smith and Jada Pinkett have been married for 23 years now, which is quite a record by Hollywood standards.

However, in July 2020, R&B singer August Alsina spoke in an interview about his affair with Jada. He claimed Will Smith knew about the matter and gave them his blessing, a fact he denied.

For herself, Jada Pinkett Smith did not go as far as to deny the story but called it an “entanglement,” whatever that’s supposed to mean.

The whole world is rooted in the romance between Twilight superstars Kristen Stewart and Robert Pattinson.

Yet, in 2012, Kristen Stewart was caught by paparazzi on a night out with director Rupert Sanders, 19 years her senior and married at the time. Kristen apologized publicly, but Pattinson broke up with her. They tried to rekindle their affair later on, but it didn’t work.

And a child, too. The Terminator was one of the few Hollywood stars whose marriage seemed solid. He was with Maria Shriver for 25 trouble-free years. Or so it seemed.

When the couple divorced in 2011, Arnie admitted he had had an affair with their housekeeper and had a 14 years old son with her.

Worse than that, it was revealed both women were pregnant at the same time and lived under the same roof. That must have been awkward!

This will go down in history as one of the worst scandals in Hollywood. Soon Yi Previn was not Mia Farrow’s biological child; she had been adopted while the actress was married to Andre Previn. But still, yikes!

When his affair with young Soon Yi came to light, Woody Allen did not apologize. ‘The heart wants what it wants,’ he famously said.

Everybody remembers the shock announcement about Bruce Willis and Demi Moore splitting. And everybody questioned Moore’s subsequent marriage to Ashton Kutcher, who is 15 years younger than her.

Their marriage ended six years later when Demi Moore found out Kutcher had cheated on her with a blond young woman named Sara Leal.

They made a perfect couple, Kenneth Branagh and Emma Thompson. And quite a few great movies during the time they were together, between 1989 and 1995.

Yet, in 1994 he happened to work with the most talented Helena Bonham Carter and fell for her. Not surprisingly, Emma Thompson filed for divorce.

Britney Spears and Justin Timberlake were both at the highest point of their career when they started dating in 1999. And for once, it was her who did all the cheating.

Once, maybe Timberlake could have forgiven her. But then, Oops, I did it again! They split in 2002, and Justin Timberlake found consolation in the arms of British singer Emma Burton. 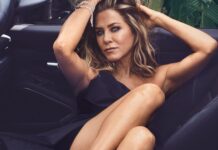 Everything you need to know about Ryan Gosling