The alleged animal-lover – whose infamous for keeping exotic pets, including tigers and the less glamorous pigeons, at his mansion home – wanted to deck a gorilla so much, he was willing to pay for the apparent privilege.

Luckily the zoo-keeper he tried to bribe declined, but not before Tyson put up a good fight in order to ‘smash that silverback’s snotbox’ – his words, not mine.

Tyson, 52, tried to bribe a worker to open the zoo so he and his then-wife Robin Givens could enjoy a private and romantic stroll among the animals.

Tyson tried to explain his urge to The Sun, and failed, when he said:

I paid a worker at New York’s zoo to re-open it just for me and Robin. When we got to the gorilla cage there was one big silverback gorilla there just bullying all the other gorillas.

They were so powerful but their eyes were like an innocent infant. I offered the attendant $10,000 to open the cage and let smash that silverback’s snotbox! He declined.

This was the 80s – a time when Tyson, in his twenties, admittedly was a little extravagant with his pastimes out of the ring.

Tyson, who holds the record as the youngest boxer to win a heavyweight title at 20 years old, began competing in 1985 from which time he reigned as the undisputed world heavyweight champion until 1990.

He won the WBC title in 1986 after stopping Trevor Berbick in the second round, and added the WBA and IBF titles after defeating James Smith and Tony Tucker in 1987.

This made Tyson the first heavyweight boxer to simultaneously hold the WBA, WBC and IBF titles, and the only heavyweight to successively unify them.

But, a gorilla? Really, Tyson? The silverback gorilla is, on average, heavier than most fighters and has the added benefit of fangs.

Even Tyson himself might not stand a chance against the gorilla, whose centre of gravity is closer to the ground and thus offers a huge advantage, not to mention the majestic animals’ robust musculature and skeleton.

Essentially, Tyson would have had to knock the poor silverback out in one punch to withstand the ensuing barrage he’d receive from the gorilla.

If Tyson realised the error of his ways, he wouldn’t get far either, with the gorilla’s average speed clocking up to 20 to 25mph. In context, Usain Bolt reaches peak speeds of around 27mph. 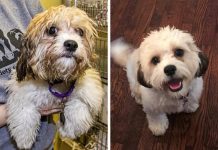 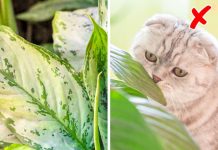 What Plants Could Be Dangerous To Keep At Home?