New pictures were released for Quentin Tarantino’s latest project “Once Upon a Time in Hollywood”, starring Leonardo DiCaprio and Brad Pitt. Quentin Tarantino was six years old and living in the Los Angeles area when, in the summer of 1969, hell broke loose. You know this story: five people murdered over the course of two days that August, shot and stabbed by a clan of hippie impressionables in anticipation of Helter Skelter, Charles Manson’s idea of holy terror. It’s a Hollywood tale—not least because its most famous victim, the pregnant actress Sharon Tate, was the wife of director Roman Polanski, which put the terror square in the back lot’s backyard. Written and directed by Tarantino, backed by Sony’s Columbia Pictures and produced by David Heyman’s Heyday Films, “Once Upon a Time in Hollywood” follows the story of an actor (Leonardo DiCaprio) and his stunt double (Pitt) as they try to make it in Hollywood around the time of the famed Charles Manson Family murders. The film also marks Tarantino’s first project since cutting ties with the Weinstein Company following charges of sexual abuse against Harvey Weinstein. In addition to his golf cart spread, Pitt can be seen meeting agent Marvin Schwarzs – played by Al Pacino – alongside his co-star DiCaprio. Other images showcase DiCaprio’s Rick Dalton vaulting over a truck with a shotgun and standing alongside Tarantino during a break in filming. Margot Robbie will also star in the film, portraying famed actress Sharon Tate, who fell victim to the Manson family murders when she was eight and a half months pregnant. In the photos, Robbie strolls down a Westwood crosswalk alongside the historic Fox Regency theater.

See Brad Pitt, Leonardo DiCaprio, Margot Robbie, and more in these images from the director’s upcoming ninth film, a sprawling tale of counterculture California and the final days of Hollywood’s Golden Age. 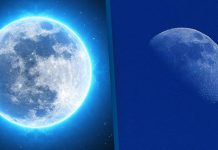