On the birthday of famous actor Ryan Gosling, we look at the story of life full of success. Happy birthday, Ryan!

Ryan Thomas Gosling is a Canadian actor and musician. He began his career as a child star on the Disney Channel’s Mickey Mouse Club (1993–95) today he known for his starring roles in such films as ‘The Notebook,’ ‘Blue Valentine,’ ‘La La Land’ and ‘Blade Runner 2049.’

Born in Ontario, Canada in 1980, Ryan’s acting background is based on his childhood. At the age of 12, he began his acting career with Disney’s anda The Mickey Mouse Club series. After this series “Young Hercules” and “Breaker High” took place in such series.

At the age of 17, he made his first film “Frankenstein and Me” and he did not continue his career as an series actor. At the age of 20 Gosling, work with Denzel Washington in “Remember the Titans ” and had begun a successful career.

8He became a world famous actor

A few years later, he became a world famous actor. Ryan, who appeared in “Nick Cassavetes”, “The Notebook “, proved to be a successful player with his performance in this film. This success was not limited to his career. Gosling, who had a new relationship with his film-maker, Rachel McAdams, is now one of Hollywood’s most popular names.

Ryan has received more Academy Award nominations for his 2007 role in “Half Nelson”. That same year, the famous actor, co-starring with Anthony Hopkins, was taking firm steps to the peak of his acting career. His acting career continued in full swing and his private life was not going well. Rachel was forced to end his relationship with McAdams due to intense tempo and disagreement.

Ryan Gosling took a break from his acting career for three years. In 2010, he returned to the big screen with his movie 2010 Blue Valentine. Standing overseas with the performance of the performance of this time the player began to work harder than ever. It wasn’t just about his career for three years. The changes in which the player had begun to take better care of himself were understood in every way. Gosling, away from his old weak appearance, looked more athletic and healthy now.

5Nominated for a Palme d’Or at the Cannes Film Festival

The famous name, who no longer took a break, realized the importance of Festival cinema with Nicolas Refn’s “Drive”. The film, nominated for a Palme d’Or at the Cannes Film Festival, played a key role in Ryan Gosling’s career.

4Attention with his style

3He have two daughters

In 2011, the famous actress who met Eva Mendes during the shooting of The Place Beyond the Pines, found the love of her life. Since then, they have had two daughters, Esmeralda and Amada Lee.

2He is also director and screenwriter

In addition to his roles as an actor and also as a director and screenwriter, “The Lost River”, the famous actor proved once again his ten skills in ten of his performances. International film festivals attract attention, while her life partner, Eva Mendes, took the lead role.

1Was nominated for an Academy Award again

Earlier, Emma Stone, “Crazy, Stupid, Love” working together with Gosling, “Gangster Squad” and “La La Land” film, again with a famous actress. Especially with the ’La La Land ard, the famous actor who had a great success, was nominated for an Academy Award again after 2007. In addition to his acting, he likes to engage in music and crafts. He is an ordinary person. Gosling is now 38 years old. We also wish that the famous actor is happy at new age healthy and always be with us. 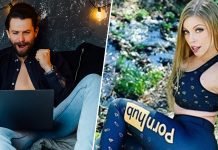 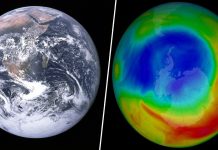